We discover new songs, albums and especially new artists every day. Some businesses even make such an impression that we want to give them an extra boost. So every January we present Big Bears of Tomorrow, in which we put acts of great potential in the spotlight and follow them closely throughout the year. After a successful release last year, this year we once again invited eight upcoming acts for an interview and used the atmospheric spaces of Trix as the backdrop for a number of images. Today we are pleased to introduce you to singer-songwriter Judith van Hertom, or simply Judith. She actually won an MNM Rising Star and instantly garnered real radio hits with her debut single “Me and My Big Mouth”.

How do you introduce your project to someone new to it?

This is a very difficult question. I’m a singer-songwriter, but I don’t necessarily make soft acoustic music. I get most of my inspiration from my day to day life and write a lot about what I experience and how I feel about it, but I also try to think of scenarios in which I will play. Life isn’t always exciting, which is why I often get inspiration from outdoor stories.

What are the basic components of your music? What items are repeated often?

Feeling and emotion anyway. And also a story and some suitable chords on my guitar. These are the main ingredients.

When I was little, I always sang along to K3 songs and once I got a little older, I always looked up YouTube covers of girls performing famous songs in their own version with their own guitar.

How did the project actually start?

When I was little, I always sang along to K3 songs and once I got a little older, I always looked up YouTube covers of girls performing famous songs in their own version with their own guitar. I really wanted to be able to do it myself ever since. When I turned 15, I bought a guitar and taught myself via YouTube. Just like actually singing. I always continued to do it in my room and then wrote all my music, and later also for my own bands. Finally I signed up for MNM Rising Star. I was chosen and eventually won, so now I can release my first single “Me and My Big Mouth”. 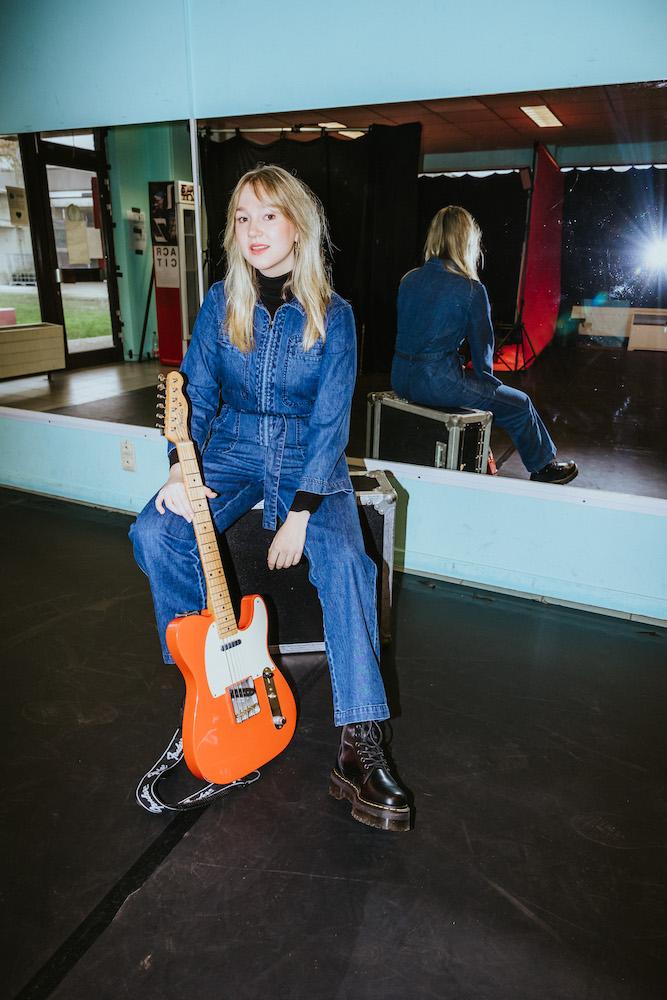 How did the sound of the project evolve? Where is the music career headed now?

When I was little I always tried to imitate everyone and tried to sing like Adele, for example. For a woman, I have a somewhat lower voice, so that wasn’t really up my alley. I’ve really learned over the years to make music that suits my voice, rather than being forced into my own voice. For example, when I hacked Billie Eilish, I saw that she makes great music with a similar vocal range. That’s why I started to appreciate my voice more and by experimenting a lot on my guitar, I made my own.

Which artist or band is your musical or lyrical inspiration?

I have been inspired by, among others, Holly Humberston, Lizzie McAlpine and of course, Taylor Swift. I used to be a really big Ed Sheeran fan, especially his older albums, where he did everything with his guitar. I learned a lot from that. He writes a lot of quick sentences one after the other, almost kind of rapping. I would also like to write songs like that. 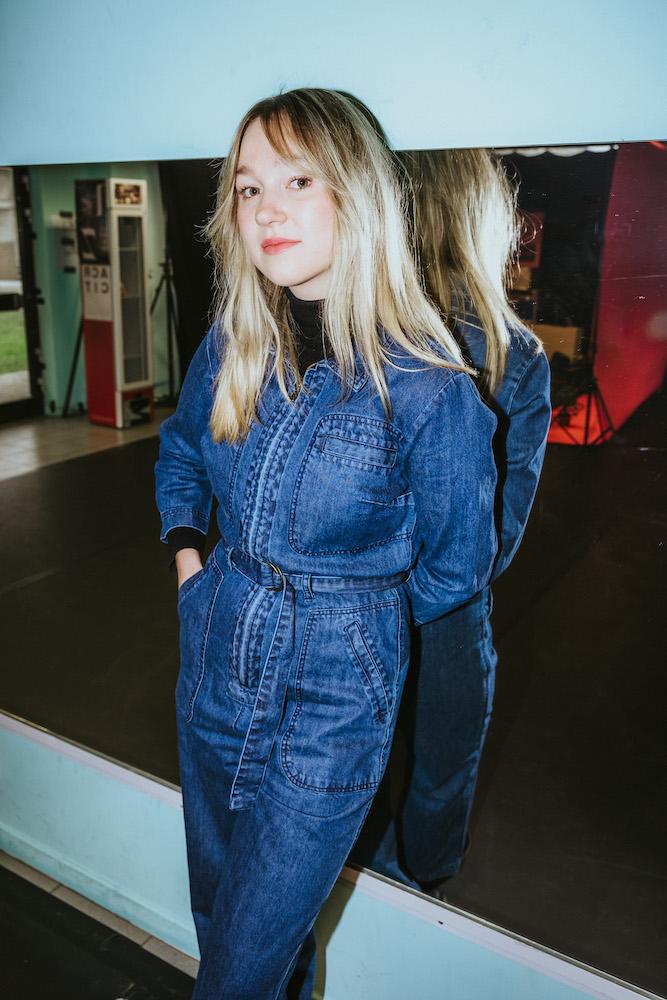 What have been the biggest milestones in your career so far?

Winning MNM Rising Star anyway and releasing my first single, but I think releasing “Me and My Big Mouth” was really the best moment. I’ve always dreamed of it, but it seemed a little far-fetched. Now that dream has come true and the feedback is really good too, so that was really a highlight.

In the beginning, it was very difficult to choose your track, because with your first song you usually set the tone for the sequel.

What obstacles have already arrived in your way?

In the beginning, it was very difficult to choose your track, because with your first song you usually set the tone for the sequel. In the beginning, it’s really a bit of a search for what you want to do. I am convinced that “me and my big mouth” is the right direction and it works for me well. 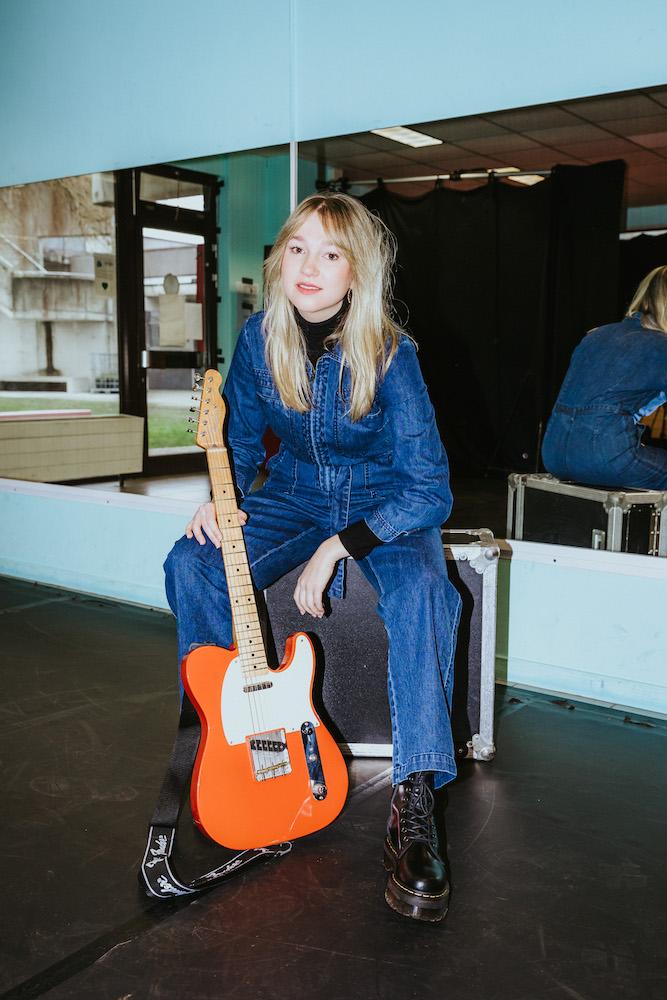 It remains to release Me and My Big Mouth and the whole process that preceded it. From writing the song to developing it in the studio. The night the song came out my heart was really pounding but luckily I quickly got a lot of positive feedback. It also continues to grow, so it’s really nice that people continue to listen to it.

What do you want to achieve with your music?

Above all, I want to, just as I listen to musicians and hear faithfully written lyrics, I also want to be able to bring stories to people. I want to make people feel emotions and hopefully I can play for big fans. I really want to touch people with my music and for those who listen to understand what I do.

With what ambition do you look forward to 2023?

I want to make more songs anyway, especially release an EP, so more people listen to my music and I can perform a lot more.

It’s all a little fuzzy now because it’s still in its infancy, but really the intention is to release more music and we’ll see from there.

What are the first things you work towards?

It’s all a little fuzzy now because it’s still in its infancy, but really the intention is to release more music and we’ll see from there. We did a lot of writing and recording in the studio, even before the first single came out. We’ll see how 2023 goes. I let it come to me. There are materials already ready, but we still have to figure out what form it will take.

What can we expect from the EP?

Here’s another surprise. (Laugh) We are working hard on that. But what exactly the EP will look like, we haven’t decided yet. Although I hope I can share the result with everyone soon.

Tomorrow you will discover the next “Bear of Tomorrow”.

The Great Bears of Tomorrow 2023