In a new study in Nature Communications An international team of scientists has investigated whether there are consistent patterns across locations and regions in the way different animals spend their day. This forms an important basis for pursuing potential research into the effects of human activity.

Professor Douglas Schell of Wageningen University & Research, who is helping to lead the project, explains the idea: “At first glance, the animals of different tropics are different. There are no gorillas or elephants in the tropical forests of America, there are no tapirs in Africa and not Asian armadillos, this is a result There is a detailed history of species exchange, isolation and evolution within each region, but if we look deeper and consider how each of these animals earned their sustenance, the differences become similarly hidden: for example, each region has a range of species of different sizes that feed on plants, insects and animals. How deep are the similarities when we think about how animals use time? For example, could commensal species prefer daytime or nocturnal activity, depending on their needs and limitations?”

Lead author Andrea Vallejo Vargas from the Norwegian University of Life Sciences said: “Our eyes in the jungle are the many camera traps that let us know when even the most secretive animals are active. Thanks to over 2.3 million images, the TEAM (Tropical Environment Assessment and Monitoring Network), network, “We studied mammal activity in 16 protected areas in different regions, and by comparing 166 species at the same time, we were able to determine whether dietary requirements and size influence an animal’s level of activity. We compared these patterns across continents and how they match up with prevailing theories.”

The study revealed a consistent daily activity of tropical mammals across the continents, depending on their body size and nutritional requirements. Larger species that feed on fruits or leaves and insects (except in the tropics of Central and South America) are more active at night than smaller ones. The researchers determined that the increase in nocturnal activity is associated with an increase in body size that responds to temperature. On the other hand, omnivores and omnivores are more active during the day than smaller species with similar nutritional requirements. It turns out that interactions are the most important factor in determining the activity of carnivores and carnivores. 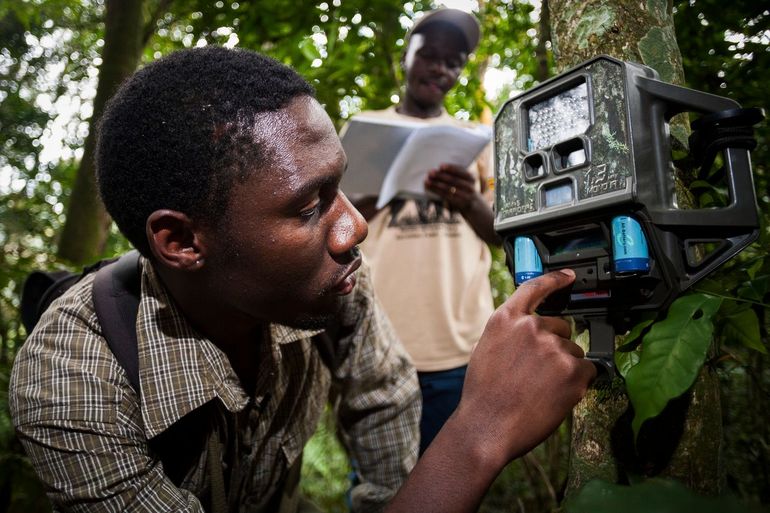 Insects were the only exception where the pattern varied across continents: larger species were more diurnal in America, while the opposite was true in Africa and Asia. The reasons for this are not clear, but the behavior of neotropical insects reflects very different needs than those that evolved elsewhere. This is probably due to the long evolutionary isolation of the South American continent.

In addition, researchers have discovered that predators and prey influence each other’s behavior. Apex predators, in particular, track activity patterns that match their prey. This also has consequences for other species.

Why is this important?

Aside from being fascinating in their own right, it is important to know how natural and semi-natural communities behave and interact so that we have a reference for exploring such patterns in less pure regions. For example, we know little about the effects of human activities, such as hunting or the presence of artificial light, and about societies in which certain species, such as large carnivores, are now rare or absent. Such explorations will be the subject of future research.