It starts this winter cycling flash New chapter: Friday the Thirteenth. Every Friday at 1.13pm you can read an interview with a cross or cyclocross racer who has finished 13th the weekend before. This ranges from little girls to elite men, from C2-cross to the World Cup. what’s the story This week, the thirteenth issue in Superprestige Merksplas: Fleur Moors.

Moors catapulted himself into the spotlight almost immediately at Merksplas. The Pauwels Sauzen-Bingoal rider made a great start and surprisingly entered the field in the top five. “That start was really good. I started on the third row, but all of a sudden I was fourth. That was very special, and I’ve never had it so hard up front with the Elite. I knew I couldn’t hold that spot, but it doesn’t matter” cycling flash.

Young Moors is a relatively new name in cycling. She started cycling only two years ago, her story is very unique: “Until 2020 I played handball in Achilles Bocholt (one of the best teams in Belgium, ed.). Unfortunately, because of Corona, those training sessions were interrupted. This is how I discovered the bike and started to train a lot. That was First on a mountain bike, then a race bike and finally on a cross bike. That was actually just last year.”

A true Limburger, Moers traveled cross-country with great pleasure in Maasmechelen, where she came in second – Photo: Cor Vos

To be clear: Moors only started cycling in the second half of 2020. Her first cycling team was a local team, Elboka CT. The sporting director of that team was a friend of Tom de Kort, who in turn works as a coach at the Bowles’ Suzyn Bingwall. De Kort initially only gave Moors technical training, but it soon became apparent that there was much talent in the young Limberger. “Then I went to Suzyne Bingwall’s Bowles very quickly. That was a good choice. The team gives me a lot of freedom, no pressure at all. That’s good.”

It’s a good thing when the team gets away from the pressure. Morse is sometimes called the Belgian rider of the future, which puts a lot of pressure on the 17-year-old rider. “Yeah, I’m not really into that. I’m still going to school too, so I can’t spend all the time cycling yet. I’m doing my best and I’m going to try to get the best out of it.” There is no shortage of ambition, at Moores. She dreams: “I’d rather become a real all-round star. Leading a classification in a Grand Tour, that would be very cool. Later, I would like to belong to the real top in cycling, both cycling and road cycling.”

Moreover, there is more than enough talent with the Pauwels Sauzen-Bingoal rider. In her first season on the field, she immediately took second place in BK and also went to the World Cup in America, a few months after she first got on a bike. Moores is also scoring high this season. In two editions of the Youth World Cup, she finished third and second. The European Championship in Namur will become an important date and benchmark, but the drop in the poll has thrown a wrench into the works. “I was really sorry about that. I was looking forward to showing myself.” 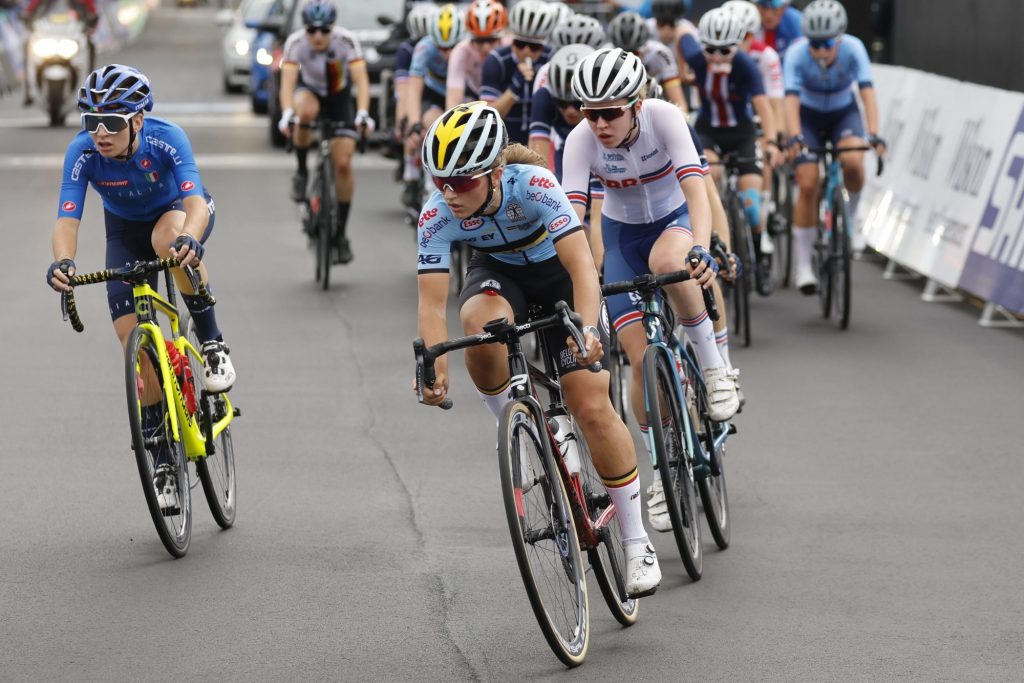 More can also deliver good results on the road. Very good indeed. In her first season on the road, she immediately took fifth place in the European Junior Championships, and finished thirteenth in the road race. “I didn’t imagine it at all. The highlight was actually the World Cup in Australia. The track there really suited me, those steep climbs and a lot of bends reminded me of racing. I felt really good there, but it could have been just as good on the last climb.” Moores laughed. “I finished 12th, and I was very happy with it. I really didn’t expect it at all.”

“It was also a great experience to go to Australia with the Belgian Cycling Confederation. It was alongside the professionals, which doesn’t happen very often for us. I really liked it.” When we ask who her cycling idol is, Moors soon has a ready answer: “Wout van Aert, haha. It was great to see him in real life (in Australia, ed.).” We’re not going to make comparisons, but Belgium have a clear talent for the future with Fleur Moors. Someone to cherish! 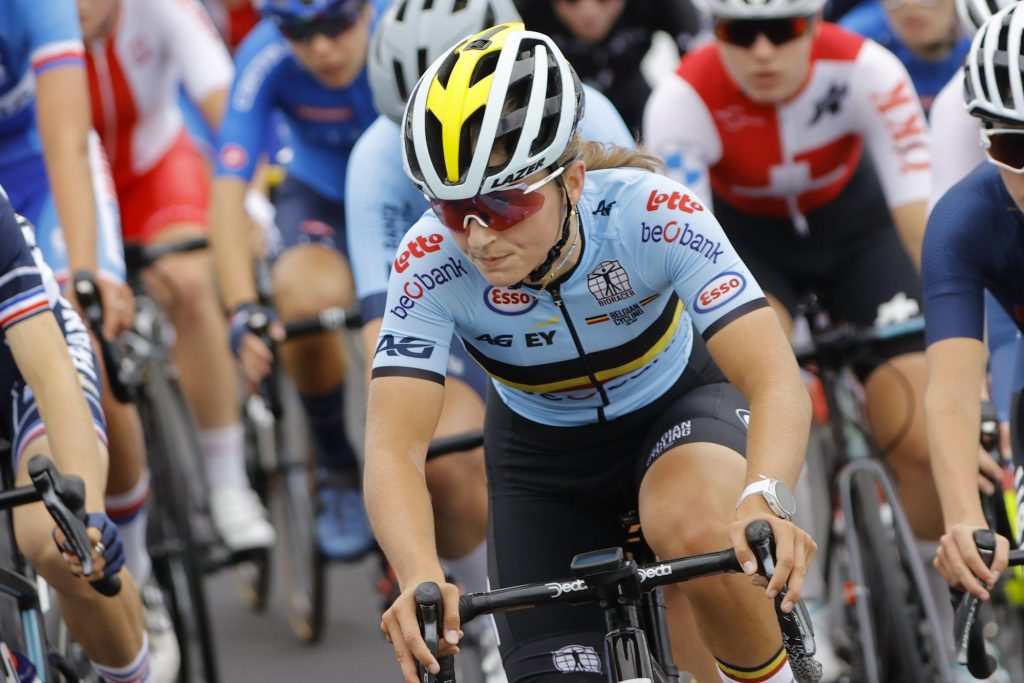 Moroccans at the World Championships in Wollongong – Photo: Cor Vos

Belgium
age: 17 years
category: young women
plow: Bowls Sauces – Banjul
Favorite cross: Fayetteville. It’s a road race-like course, which I also really like. This, plus Elements of the Cross, suits me well.
If I weren’t a motocross racer, I would be: Athletic trio. I think it’s a very cool sport, a combination of the three disciplines appeals to me. I also love to walk.
Career Objective: Reach the pinnacle of cycling in the field and on the road.
superstitious: In any case. I always wear a necklace, and I think it brings me luck.