When kids can visit the Miffy Museum on the Agnietenstraat in the center of Utrecht after a renovation, there’s nearly twice as much space to play, discover, listen and learn. According to curator Yolanda van den Berg, the environment will feel “familiar” to loyal visitors, but also “rejuvenated” at the same time. The highest point in construction was reached on Wednesday 12 October and the museum didn’t want to let that go unnoticed. Breakfast and a tour were organized, and finally Alderman Eva Osters and Business Director Marco Group and Van den Berg toasted the achievement of the feat.

In 2016, the Miffy Museum was opened in the building opposite the Centraal Museum, which is part of it. Since it opened, many people have managed to find it, causing long queues at the entrance on some days. “Even before museums had to use reservations and time slots because of Corona, we actually brought this up because of the great interest,” Grob says.

Despite these measures, visitor numbers remained high. During the tour, the business manager spoke of a “golden opportunity” when it became known that the neighbors wanted to sell a plot of land. With the help of various parties, including Mercis (Dick Bruna’s business owner) and VriendenLoterij, the money became available and in 2018 it was finally decided to renovate the museum. On November 1 last year, the doors closed and Miffy moved all her household items to a temporary site in the former building of the Central Library in Oudegracht.

Since then, there has been hard work behind closed doors and the highest point was reached on October 12th. About thirty guests, including several journalists, toured the museum on Wednesday morning. At the moment, there is still a lot of work going on, and there are building materials everywhere. Only in some places, like a room with Dick Bruna’s drawings on the wall, can you see that thousands of kids came here a few months ago. So the whole museum is fixed.

However, it is not just a matter of renovation, but also of new construction. According to curator van den Berg, at the back of the museum there is a “giant” of the extension, with the museum growing from about 800 square meters to about 1,500 square meters in space. Because of this additional space, the museum will soon be able to accommodate around 205,000 visitors per year. Before it closed, the Miffy Museum attracted nearly 175,000 people. This new extension consists of three floors. Soon there will be catering facilities on the ground floor where people without an entrance ticket to the Museum can go. Above it there is space for an exhibition and on the second floor there will be a presentation of the master. Beam and there is room for theater. In the design of this extension, the design of the Museum Hotel was taken into account, among other things, so that unity in the architecture is created at the back of the Miffy Museum. 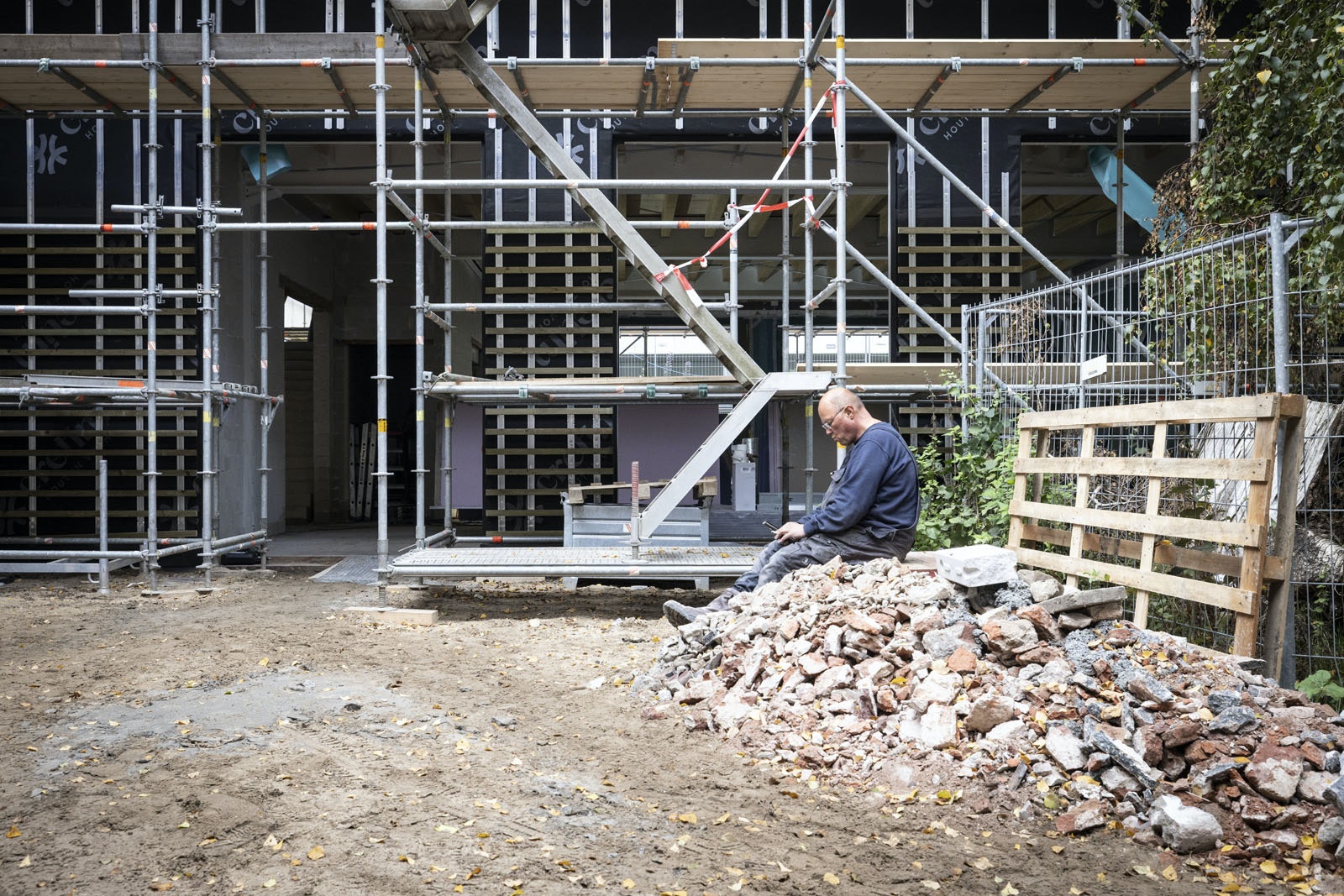 “Although it will soon become a completely new museum, visitors will also get to know the old museum in it. After all, you do not have to completely adapt to something that works,” says Van den Berg. “So the concept remains roughly the same, but of course we looked at what worked and what didn’t. In other words, it looks familiar, but it has been revamped.” The miffy museum should be more comprehensive soon. For example, the entire building is made wheelchair-friendly, highly sensitive children have been taken into consideration by designing low-stimulus places such as quiet cabins, and there are games that assist blind and visually impaired children.

Grob spoke of a “happy” moment after the tour. “Despite the fact that there is still a lot to be done, there is already a new home for Miffy.” According to Alderman Eva Osters, not only all residents of Utrecht, but also all residents of the Netherlands and possibly all citizens of the world have links with Miffy. Along with Gerrit Rietveld and godfather Dick Bruna, she is one of the most famous residents to have lived in the city. 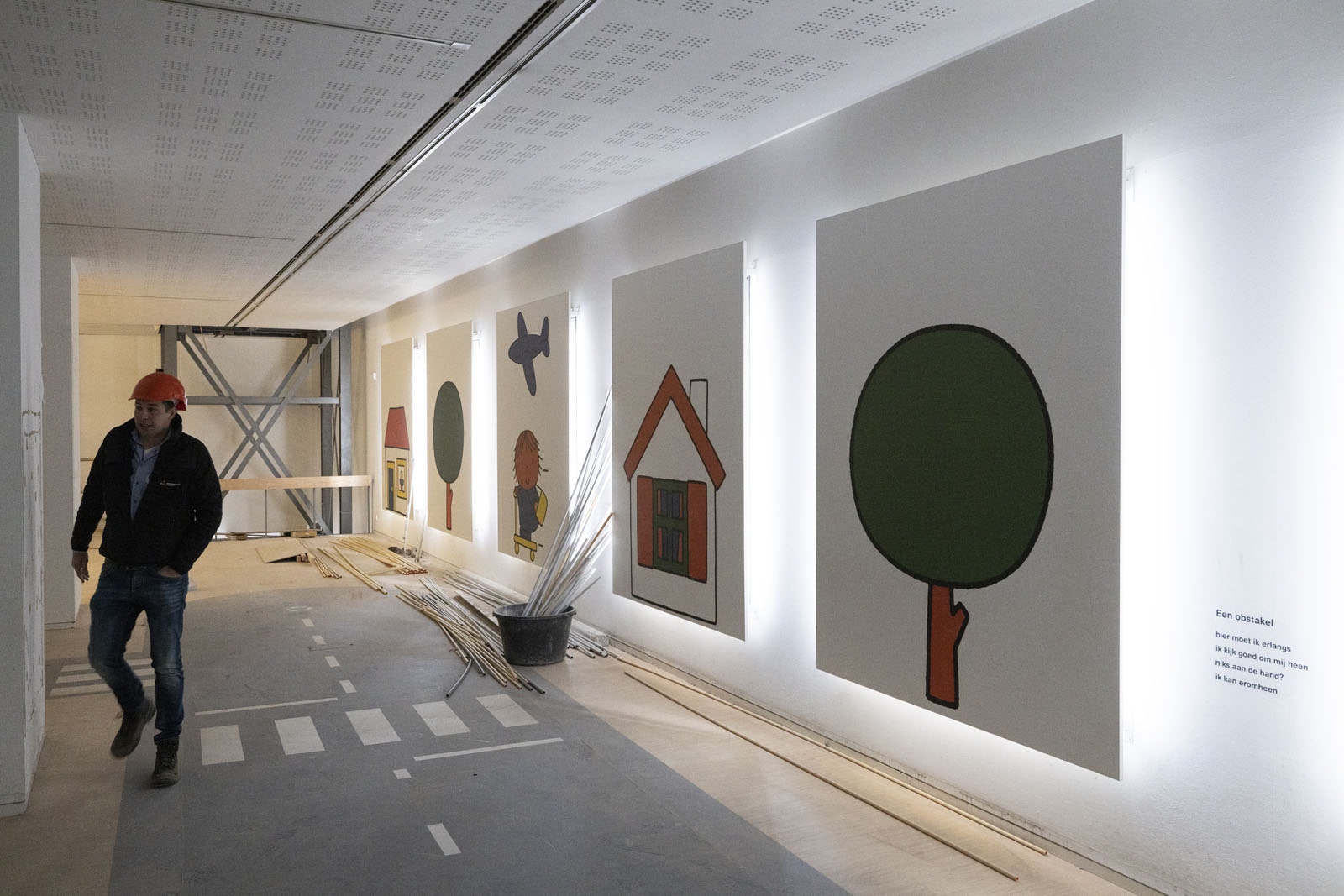 Finally, a toast with non-alcoholic champagne upon reaching the highest point of the museum extension. In the meantime, all the craftsmen continued to work on the new design of the building. The goal is to open the doors again in the spring of 2023, but van den Berg said it was a ‘big blow to the arm’. “It is hard to predict when everything will be ready. Like many, we have had to deal with supply problems due to scarcity and war. The wood we used came from Russia and Ukraine, for example.” Grob also says that renovation is an exciting process due to war, epidemic and lack of labor market. “We are relieved and happy that we have made it to this point and are really looking forward to opening next year.” 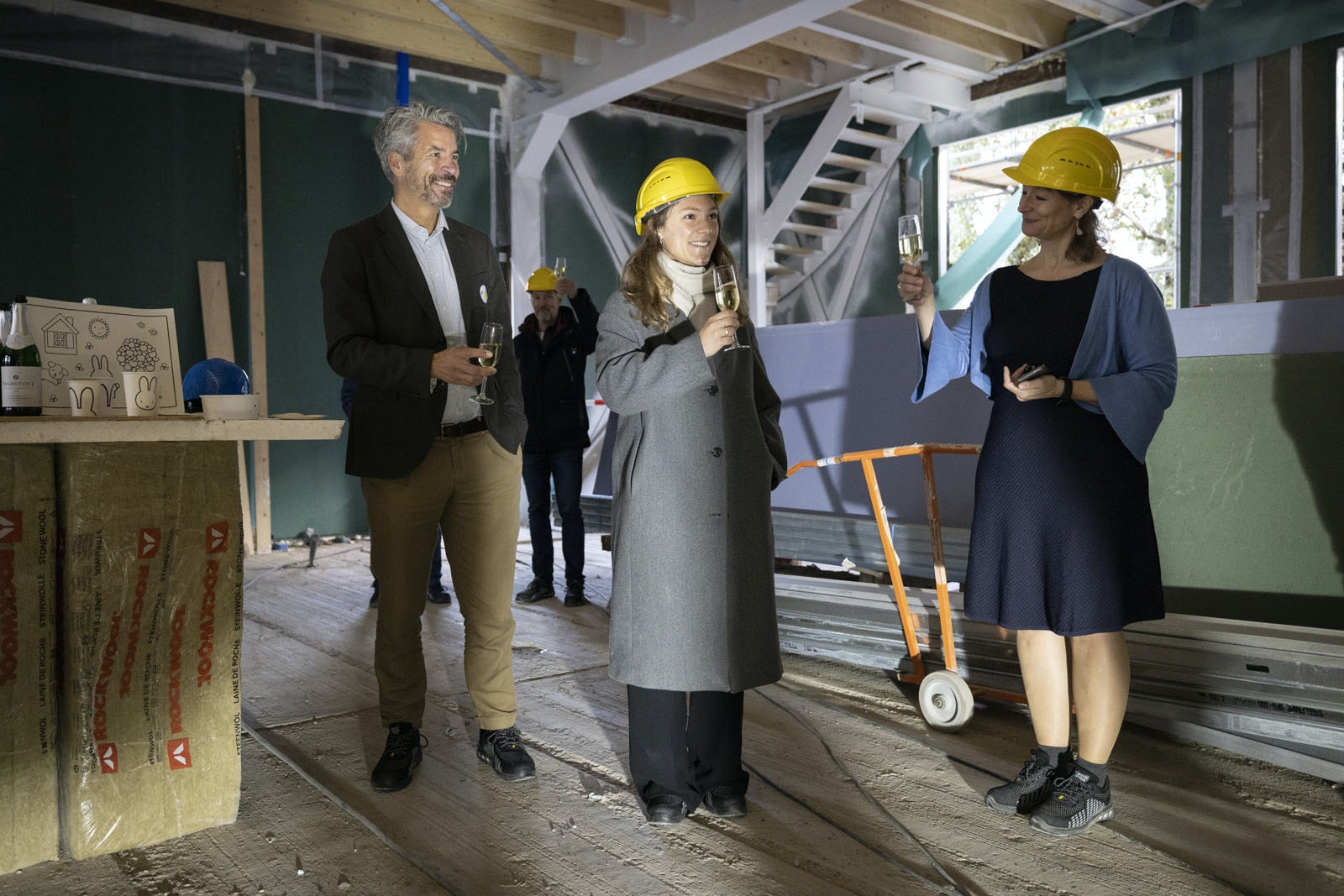