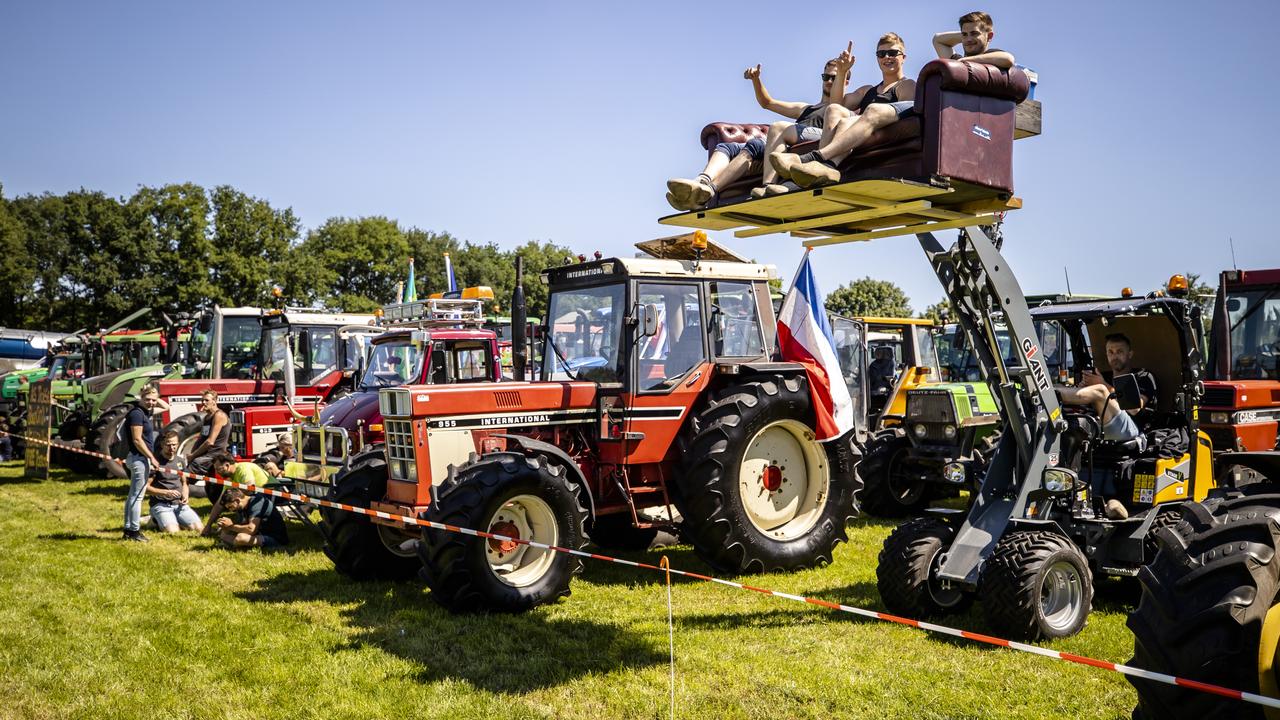 Farmers protested Wednesday in Straw, Gelderland, against government plans to cut nitrogen emissions. Nitrogen problems are accompanied by a lot of misinformation and raise questions among the readers of NU.nl. Do we keep enough food? And are the Germans really allowed to do more when it comes to nitrogen? These are the five most frequently asked questions.

1. Will we have enough to eat if the farms stop in the Netherlands?

Most of the food produced by Dutch farms goes abroad: 70 percent. So nearly a third of the food is for the Netherlands itself. So, even if there were fewer farmers or if they were producing less food, there would be enough to supply the Netherlands with food.

At the same time, the Netherlands is already dependent on the import of foodstuffs, such as dairy products and meat. It’s not so much about cartons of milk, but more about processed products like biscuits and sausages, according to the Dutch Environmental Assessment Agency (PBL).

In 2019, the PBL calculated that 1,800 square meters per Dutch person would be needed to grow enough food. The Netherlands isn’t big enough for that, so we’ll have to keep importing food with our current diet.

2. What happens if we do nothing about nitrogen deposition?

You can answer this question in two ways. Failure to intervene not only has consequences for nature, but also has legal consequences. The Netherlands must comply with the Habitats Directive and other treaties that apply to all EU countries. The habitat directive lists hundreds of plant and animal species that must be protected in the Natura 2000 areas.

If we don’t meet the requirements in those treaties, you as a country will be completely stuck. You can no longer issue permits to build homes, roads, and industry. The court will repeatedly declare that these permits violate laws and regulations. This is already happening.

In Dutch nature there is acidification of the soil after decades of nitrogen deposition. As a result, nature from sand dunes to Twente suffers from an increasing shortage of lime. Nutrients such as calcium, magnesium, and potassium were washed away as a result, causing the deterioration of many plants and animals.

3. Why is the Netherlands compared to our neighboring countries Too strict on farmers†

The Netherlands is the frontrunner in Europe when it comes to nitrogen emissions. Emissions are four times above average. Nowhere are there so many animals that are kept as in the Netherlands. Followed by Flanders and Germany in second and third places.

Other states must also adhere to the Habitat Directive. Other treaties signed by the Netherlands also apply to all European countries. The situation here is much worse, because we keep many animals in a small area and often next to nature reserves.

Our eastern neighbors have a much larger country, where industrial and agricultural areas are not close to nature reserves as they are here. Although there are focus areas where measures must be taken.

In Flanders, it was decided in February of this year to close forty businesses near nature reserves by 2050 at the latest.

4. Why are farmers treated before Schiphol or pollute factories?

Agriculture is the first to be addressed in the new nitrogen approach, because nearly half (46 percent) of all nitrogen in the Netherlands comes from agriculture. These farms are often located near the Natura 2000 areas.

In addition, approximately one-third of nitrogen precipitation from outside is pumped across the boundary. Road traffic is responsible for more than 6 per cent, as are families. The rest – about 10 percent – comes from aviation, shipping, industry and construction.

Although farmers are responsible for a large portion of nitrogen emissions, soon less nitrogen will have to be emitted in all sectors. No later than October 1, industry, transportation and other sectors will participate.

5. Do farmers adhere to protest laws?

According to National Police Chief Willem Walders, the basic principle remains that farmers are not allowed to drive on highways with tractors. “We are, of course, prepared for that across the country,” he said on Wednesday. NOS . News† “Only, are tractors being pushed en masse toward the highways.”

Wilders says the police are talking to as many farmers as possible about this. “Some have already committed to it, but the numbers are so great that they got into the highways anyway. Then we think: What can you do about it at the time? We will enforce the law where possible. But that is very limited given the abundance of – Magnitude.”

After the cabinet revealed the nitrogen plans, the farmers went to the home of Minister Responsible Christian van der Waal (Nature and Nitrogen). She said her children were “shivering” at home. D66 made a proposal to criminalize unsolicited and unannounced visits to politicians. At the moment this is not a criminal offense.

Follow the latest developments in the farmers’ protest in our live blog.