FC Zutphen suffered a heavy 0-3 defeat in the first match against VV Derin last Saturday. The first 9 minutes determine the result and the course of the match. The animals playing cleverly hit ruthlessly in that first stage. FC Zutphen is no longer in the game. On the one hand unfortunately, on the other hand due to lack of sharpness. This undoubtedly contributed to the development of the result.

A disastrous start for FC Zutphen

In the fifth minute, he fell 0-1 in front of Derin. A free kick on Zutphen’s goal left goalkeeper Ezra Arends not in control of the ball properly and Rick Verlaan managed to score.
Two minutes later the score was 0-2, again through a free kick. This was difficult to control because the strong wind was across the Zutphen field. Milan Sanders’ Qatari shot landed in the intersection.
And if that wasn’t enough, the score fell 0-3 in the ninth minute. FC Zutphen’s defense, who has not yet recovered from the shock, was very weakly interfered with by Gian Luca van der Wulp. It was passed to Teun van Uum on the spot by Dieren’s striker.

Despite this horror scenario, the people of Zutphen picked up on the topic with good field play. A beautiful deep pass by Benjamin Roots brought striker Zutphen to 16 metres. Just as he was about to slam, he fell to the ground. But referee Van der Lee allowed the game to continue. Queen Helen of VV Derin was injured during this action and was replaced. After that, the match was delayed due to various injuries on Derin’s side. This way they tried to get people out of Zutphen. It was a pity that this stoppage time was not counted at the end of the first half.

FC Zutphen tried to make the most of it despite these setbacks. Nick Backerward’s shot fell just over the goal by goalkeeper John Oligslager. Moments later it was Jesse de Vries, the most threatening attacker in the first half. He saw his shot cross the bar. Shortly thereafter, there was good play by Jesse de Vries who brought the ball to Benjamin Roots. Unfortunately, the Zutphen striker missed.

Strong start for FC Zutphen in the second half

The technical staff of FC Zutphen did not consider it necessary to make substitutions during the first half. They were right about it, because the field match remained good and Dieren was no longer able to attack. Zutphen’s team attempted to force a goal. But Timon Kuiper saw his shot far. And Jesse de Vries approx. Then it was Gil Makar who got a free header chance, after a great attack, he pitched himself. Benjamin Roots gave him a calculated ball, but FC Zutphen’s routine also didn’t have a sharp eye. This also applies to another veteran, Luke Meijer, who could not cap his technically good game with a goal. He shot very quietly, standing in a promising position.

FC Zutphen tried to force a goal after those good first 15 minutes. With defender Quinn Holman’s attacking drive, who played a good game, things get serious regularly. At the back, FC Zutphen controlled things well, in part due to Hidde van Kalker who played a good second half. However, Derin, led by the experienced Radginder Panwari, gave few chances.

The opportunities that arose were destroyed by the people of Zutphen. Nick Backerward hit the side netting after playing himself as a freestyler. Mido Block’s shot went over the goal after a good attack. Header hit by Benjamin Roots goalkeeper Oligslager. Jesse de Vries shot away. Benjamin Roots goalkeeper Oligslager also hit a header that turned it into a corner. Unfortunately, Zidane El Haddouchi also saw his shot go.

On the other hand, goalkeeper Ezra Arends intervened well after a good measure from Teigen Gretzen. However, nothing has changed about the situation. Dieren becomes the team with the fewest losing points and leaves FC Zutphen with a hangover. 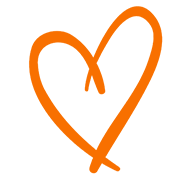