Vera says the donor child actually has two types of families. “Part of it is your legal family, which you’ve known for years, and the other part is the family in the shadows, your father’s benefactor side.” They are relatives that you might not know as a child donor and might never know. But you share your DNA with this shadow family. “Our goal is to get that family out of the shadows, just like the donor child himself.”

Because conceiving a donor is still a taboo topic for many people. It is estimated that there are about 55,000 baby donors in the Netherlands, of whom only between 10 and 30 percent are aware that the baby is a sperm donor. Vera and Linda want to make the topic more open for discussion with Shadow Family writers. They do this by bringing together the stories of different children’s donors and their search for their identity. This also includes the stories of Linda and Vera themselves.

The two half-sisters got to know each other in 2019. Vera took a DNA test: she sent a cotton swab of saliva to a laboratory in the United States. There, researchers compare DNA with that of other people that can be found in a DNA bank. The results show where your ancestors came from, but the data also shows who your relatives are. Vera is told in the findings that she has a half-sister: Linda. Like Vera, she donated DNA years ago to find out if there were any of her half-sisters or siblings. “I’ve heard nothing for years, I’ve really given up hope. But with Vera he was right on target. I was at the top of the list,” says Linda.

Not long after, the half-sisters became tied up. Vera: “Despite the fact that we are completely different, it immediately seemed familiar.” In no time did they decide to write the book Shadow Family together. Sequel to Linda’s book called I’m looking for my father, which also relates to the search for child donors. I wrote it ten years ago. “Many of these baby donors were at the beginning of their research,” Linda explains.

“For this book, we really went to look up the people interviewed at the time, to ask them: Did it work? Were the expectations that I had fulfilled?” This resulted in very different stories. Linda: “All stories have character. Someone became a donor himself, in order to better understand how his donor father experienced this, someone had a child from a donor, and someone else stopped the search completely. He was very afraid that the donor father would not meet expectations ” .

“Not such an easy guy”

“We put off writing our story until the end,” Vera admits. “For me, writing down the story was also a remedy for what I went through. It was very difficult to write it down, but once it was on paper, it also gave me a lot of peace.” For Linda, after authoring her previous book, it wasn’t the first time she had put her story down to paper. But in the meantime, an important event was added to the story: Linda met her biological father through Vera.

“He wasn’t the man I imagined in my head after all. How does such a meeting go? What do you do when meeting your benefactor father is disappointing? Or if he doesn’t care about you at all?” These are the questions Linda, like many children, struggled with. other donors. Vera was also left with questions when at one point there was a clash between her and her donor father. “He is not such an easy guy. But you share your DNA with each other, you have so many characteristics that you want to know where they come from. It is a search for your identity in that sense.”

For people who haven’t experienced it themselves, it can be difficult to empathize with the condition of donor children. But it can also be difficult for the donor children themselves to ask certain questions. Vera: “The book could be a starting point for discussing it. We hear that the people interviewed for the book also started talking more about their origin. One of the interviewees, for example, was always very open about his situation, but he never really dared to Talking to his paternal father and asking him: How did it feel to have a baby donor? He did that after the book. It’s so special making that happen.” 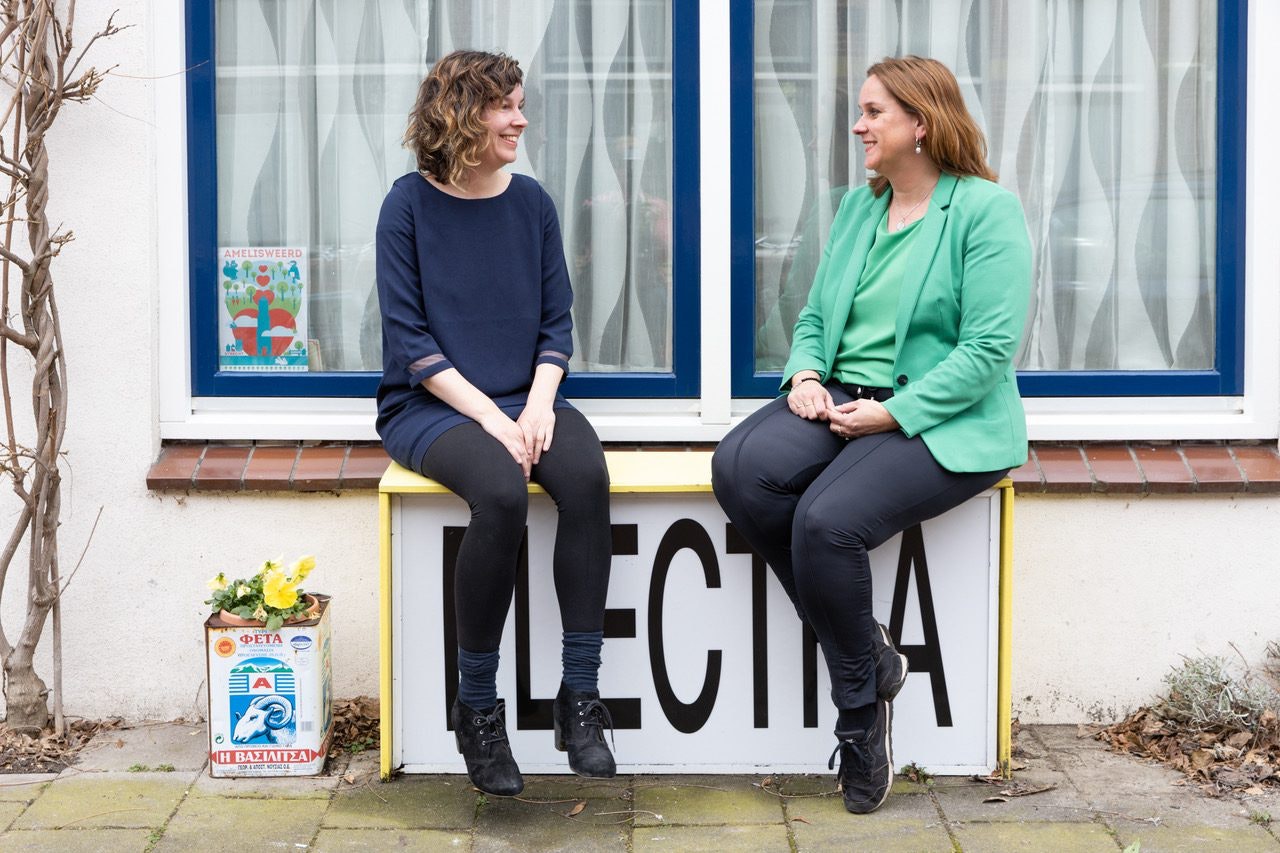 In addition to the children’s donor stories, many other people have also contributed to the book Shadow Family. Rene Huxbergen, Professor Emeritus of Adoption at Utrecht University, wrote the introduction. “Hoksbergen has been committed to child donor rights since the 1980s,” Linda says. His strong sense of justice can still be read in the text.

He wrote other “motivating stories”, among others, a policy specialist from Fiom, an important institution in the Netherlands in the field of kinship questions, and a family philosopher. Linda: “We want to shed light on the topic from all sides, without making judgments. We want to allow everyone who has a certain opinion about sperm donors to have their say. We want to start a discussion on this topic.” The book also contains a step-by-step plan that can help child donors find their biological father.

Because the conversation is far from open, according to the two half-sisters. However, there is already a huge difference ten years ago. “When Linda released her book, everyone wanted to collaborate anonymously,” Vera says. “Children donors who now collaborated on the book wanted to enter it with their first and last name and immediately agreed to the photo.” Pride in her voice. Vera adds, “It’s nice to know that the photographer for the images in the book is also a child donor. Family photographer Kate Ford discovered she was a child donor by chance, and then began photographing the donor children.”

Shadow Family appears on April 16: 176 pages, Publisher Scriptum, €20. At the same time, a photographic exhibition with pictures from the book will open at the IJsselstein Museum.

Do you want to support DUIC and have a set of postcards with the best images from the DUIC book in 2021? to 7.95 euros for twelve ticketsone postcard from each month in 2021. When you buy cards, you not only have a memory of 2021 – to hang, keep or send – but you also support the local press in Utrecht. 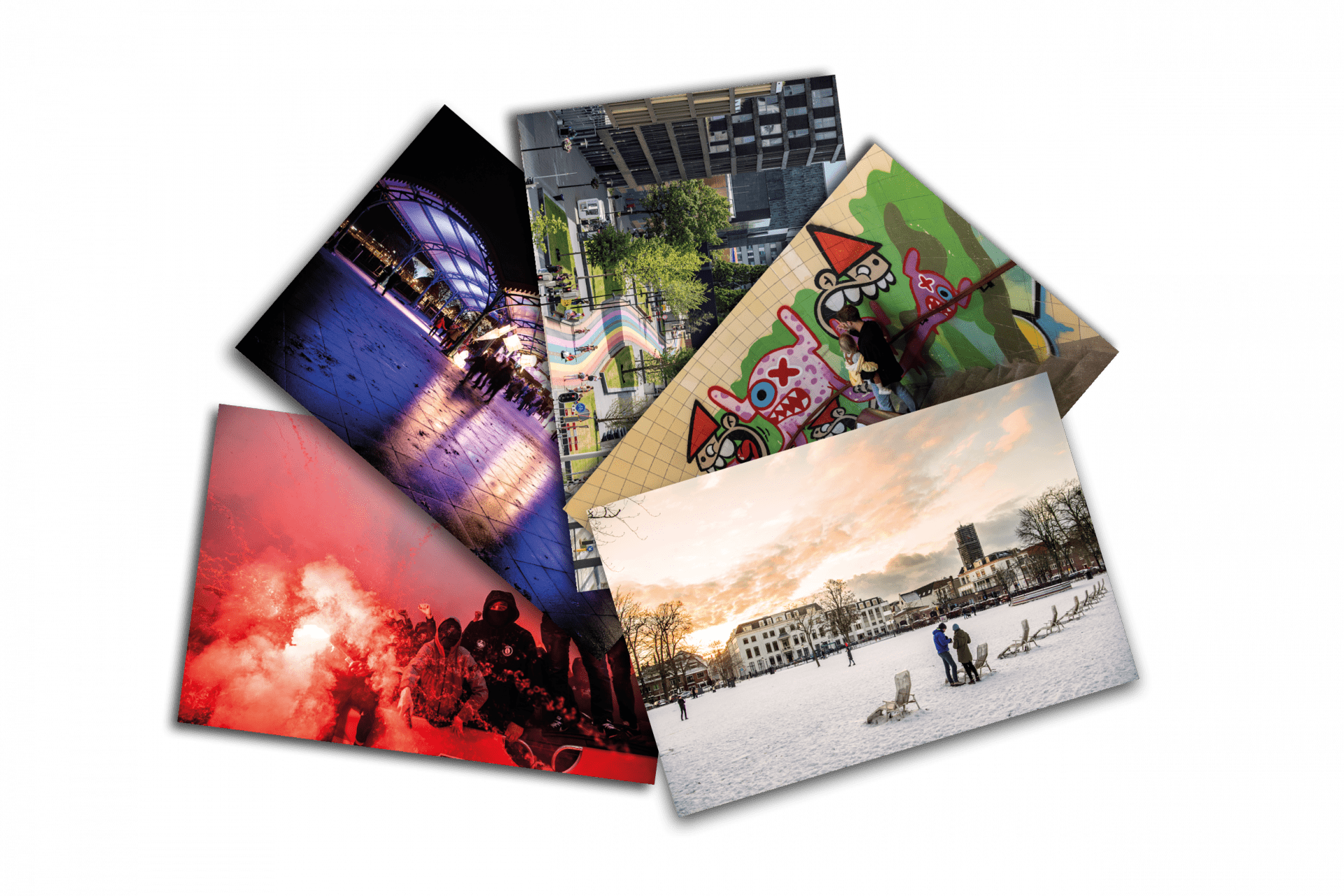